The badger is the largest member of the Mustelid family and Britain’s largest land carnivore. They are nocturnal, emerging at dusk in summer to spend the night foraging. In winter they are much less active but do not hibernate. They live in social groups of 4 – 12 adults and when not active they lie up in an extensive system of underground tunnels and nesting chambers known as a sett. The female is called the sow, the male is called the boar.

Badgers are now protected by a number of laws. The Protection of Badgers Act 1992 consolidated past legislation, which had made badger baiting and digging illegal and in addition made it an offence to damage, destroy or obstruct their setts. This protection has enabled the UK badger population to dramatically increase to the point where it is said to equal that of the red fox. The issue of the badgers role in the transmission of bovine tuberculosis to cattle is very controversial, there are other factors apart from badgers which need to be studied before a final conclusion can be reached. 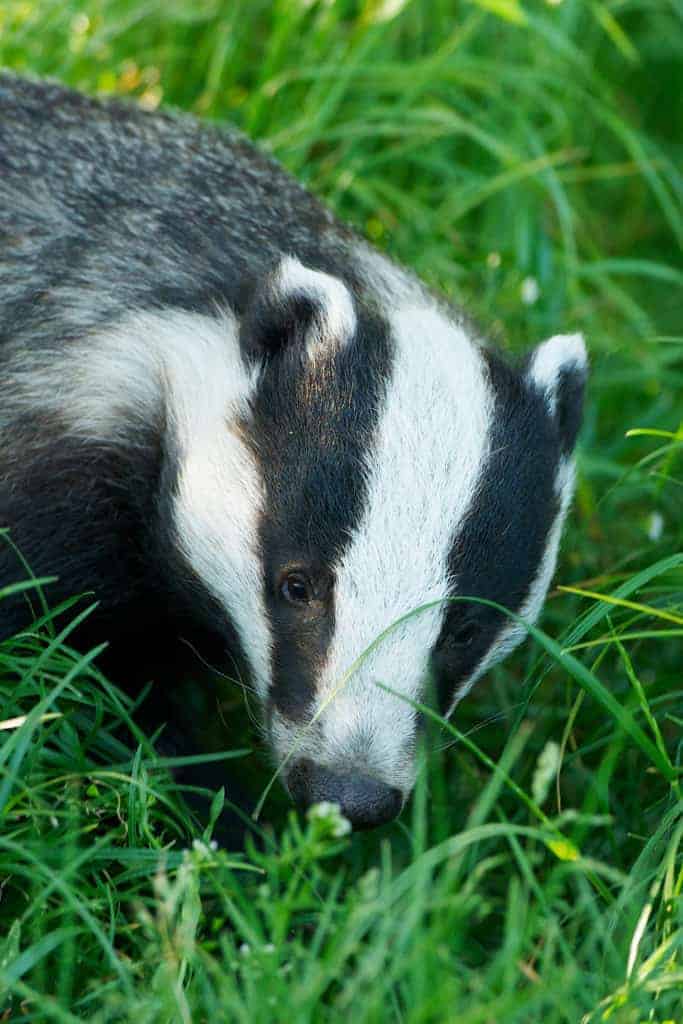