One of the two most common small rodents of the countryside, found throughout the British mainland, but not in Ireland, the Isle of Man or the Northern Isles.

It prefers more open country than the bank vole and differs by having shaggy, grey-brown fur and a very short and pinker tail than other vole species. Their food is primarily succulent grass stems, but roots, bulbs and bark are also eaten, particularly in winter when fresh vegetation is hard to come by.

Sometimes huge numbers build up, but these ‘plagues’ never last for long, for voles are the prey of almost every open ground predator and none survive for more than one winter. 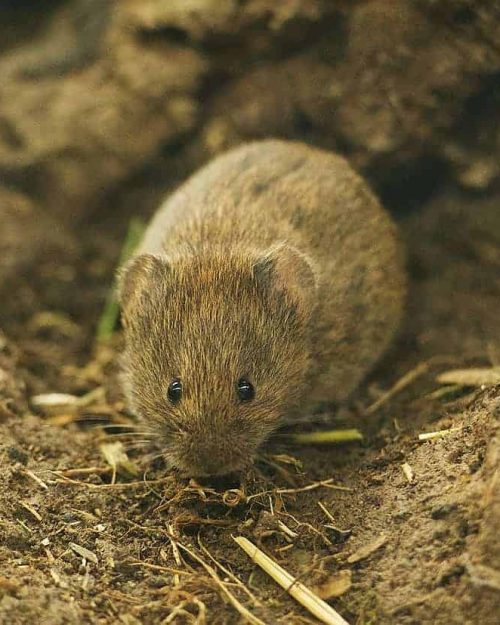