The fox is a remarkably adaptable and successful animal found, where food is plentiful, in almost every habitat. It is a success because it is willing to eat almost anything and has become particularly adept at surviving alongside man in farmland and urban areas. With its bushy tail, large ears and narrow muzzle, the fox is unmistakable. The coat colour can be extremely variable – usually reddish-brown on top with lighter undersides, but much darker or even silvery forms are not uncommon.

The mating season is December to February when the vixen can be heard at night uttering its eerie, high pitched scream. Four or five cubs are born in the Spring and the female fox stays with them in the ‘earth’ for two weeks, fed by the dog fox. They remain with their mother until Autumn when they disperse to find territories and mates of their own. The life expectancy of the fox is short; 12 – 18 months in urban areas, (58% are killed on the roads) and rarely beyond 3 years in rural areas. 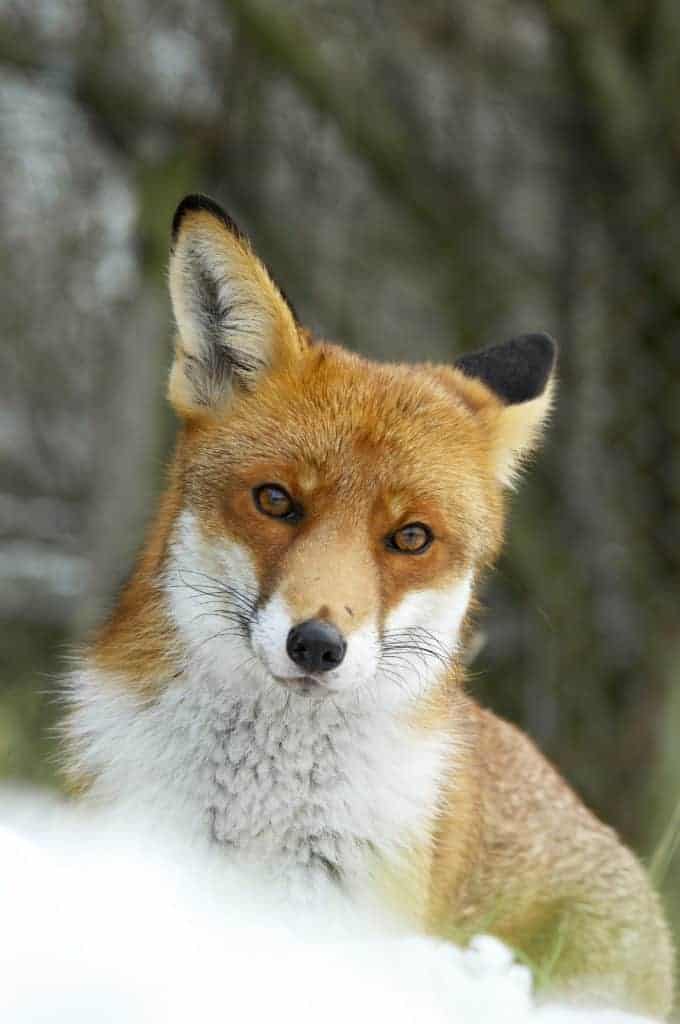