The grass snake is the largest reptile in Britain, growing to about one metre long. Its preferred habitat is damp areas like ponds, reservoirs and marshes, also making use of the surrounding terrestrial habitat such as grassland, scrub and woodland. They feed mostly on amphibians and small fish. If threatened, they may lie still, pretending to be dead, but can rear up in mock attack, hissing. They also excrete a foul-smelling substance, particularly if handled, but are otherwise completely harmless to man.

The females mate at most every other year, but can live to 25 years of age. Unlike the other native British snakes, they lay eggs and incubate them until they hatch in late summer.

In warm weather they can be seen basking in the sun. Like all snakes, they are cold-blooded and can only be active and hunt when they raise their body temperature in this way. 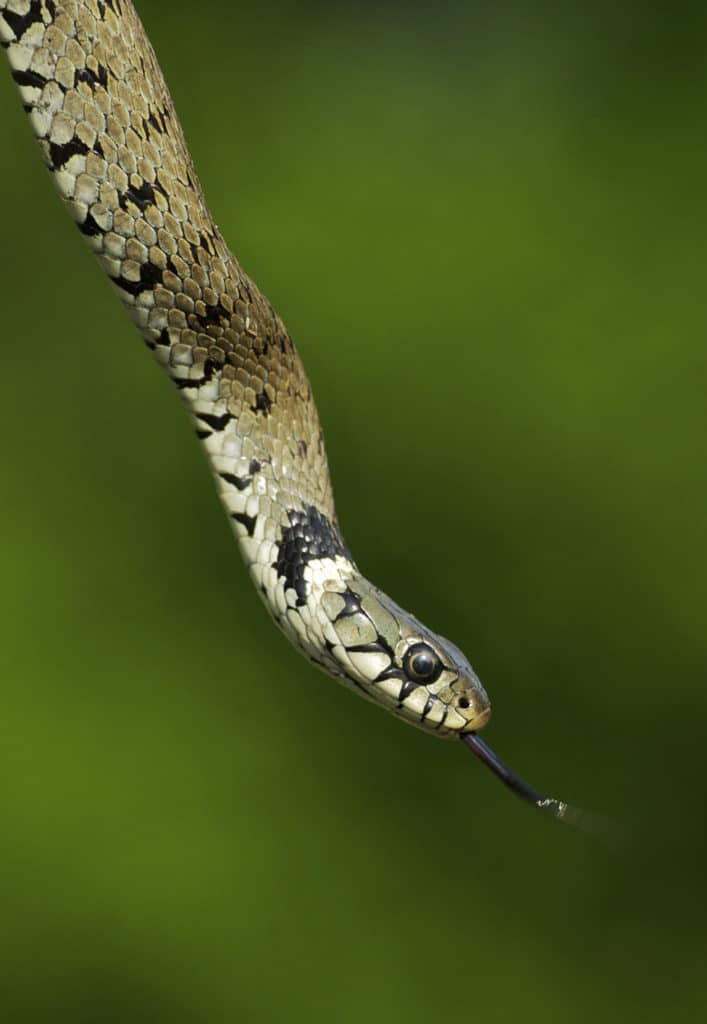