Grey squirrels were introduced into this country from North America between 1876 and 1910. Within 100 years they have completely replaced the native red squirrel in all but the northern-most parts of the country and the Isle of Wight and Brownsea Island of the south coast. This is mainly because of their ability to utilize more of the available foods found in broadleaved deciduous woodland, and also their transmission of the deadly parapox virus. They are not present in continental Europe.

Their food consists of buds and shoots, nuts, seeds and fungi. Their sharp incisor teeth can very quickly cut a hole in a hazelnut shell which they hold in their forefeet. They then crack it open in a crowbar-like action to extract the kernel inside. They are popular with the public, especially in urban areas where they are among the most visible wild mammals. 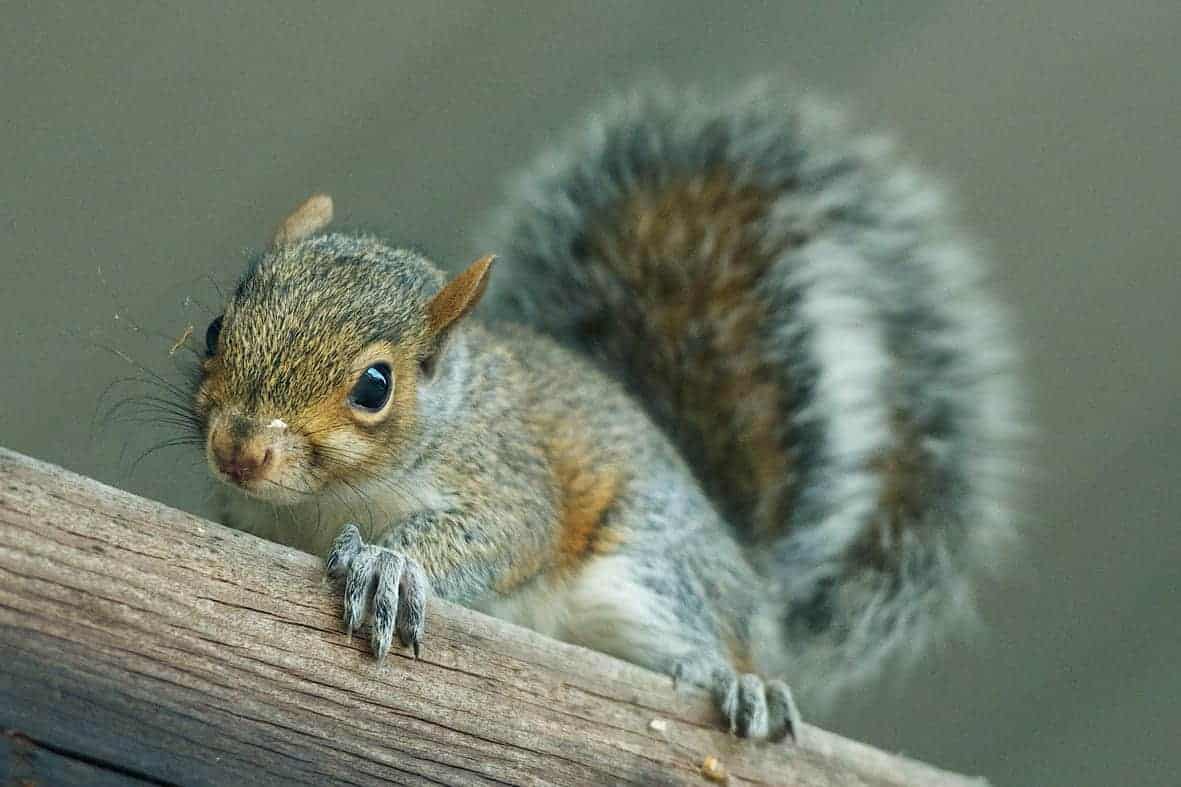