The little owl is the most commonly seen owl in Britain, but is actually a very recent arrival, having been introduced into southern England by the Victorians. They are now found throughout lowland England and Wales.

It is Britain’s smallest resident owl and easily identified by its compact shape and staring yellow eyes. Its favoured habitat is farmland and it is often seen at dusk or even in the daytime, sitting on a post or telegraph pole. Little owls hunt from perches such as these, pouncing on small mammals, birds and insects, particularly earthworms and beetles.

Their call is a whistling sound, not unlike a lapwing or a mewing cat. In flight they can be seen usually low to the ground following a gently undulating path. 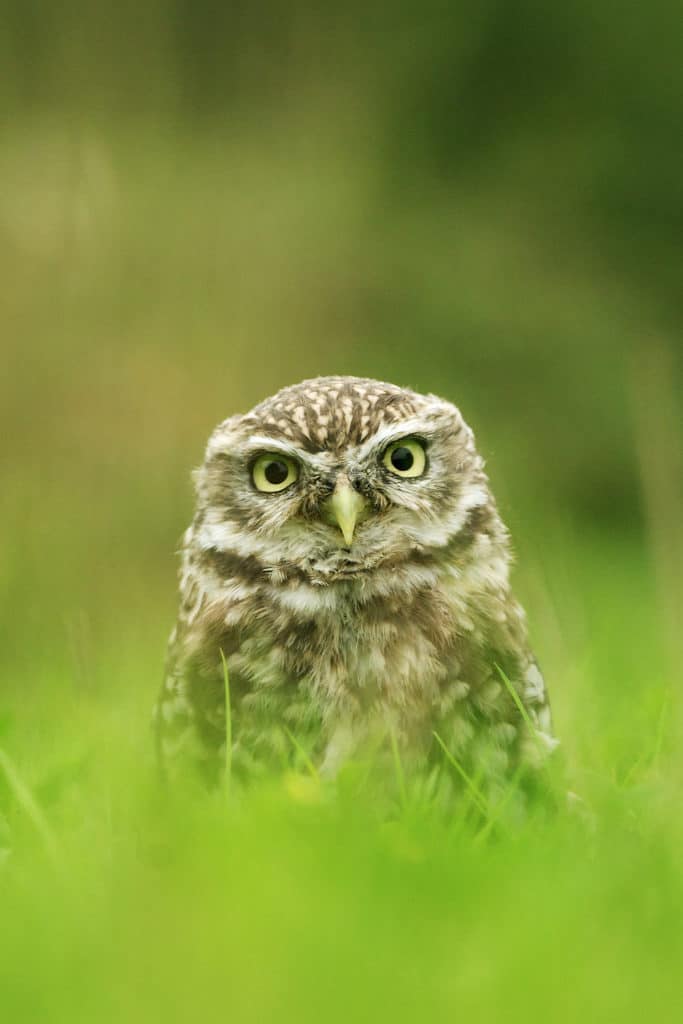