The pine marten is a large member of the Mustelid (weasel) family. Its preferred habitat is thick woodland or rocky hillsides, with dens frequently made in hollow logs or rock crevices, but also in rabbit burrows or the roofs of old buildings. They have large territories of 5 – 15 km2 for females and perhaps twice as much for males.

Their diet is varied, consisting mainly of small rodents, birds, beetles, eggs and berries. Although agile enough to take squirrels, there is little evidence of them doing so in this country, although in Scandinavia this has been documented. The fox is both a predator of pine martens and a competitor for its food sources.

Found throughout Europe, in Britain they are primarily concentrated in the Scottish highlands and Grampians, with smaller populations in parts of northern England and Wales. Reintroduction in England and Wales has been advocated, but further study of their habitat needs and the likely impact on other species is needed before a formal programme could be carried out. 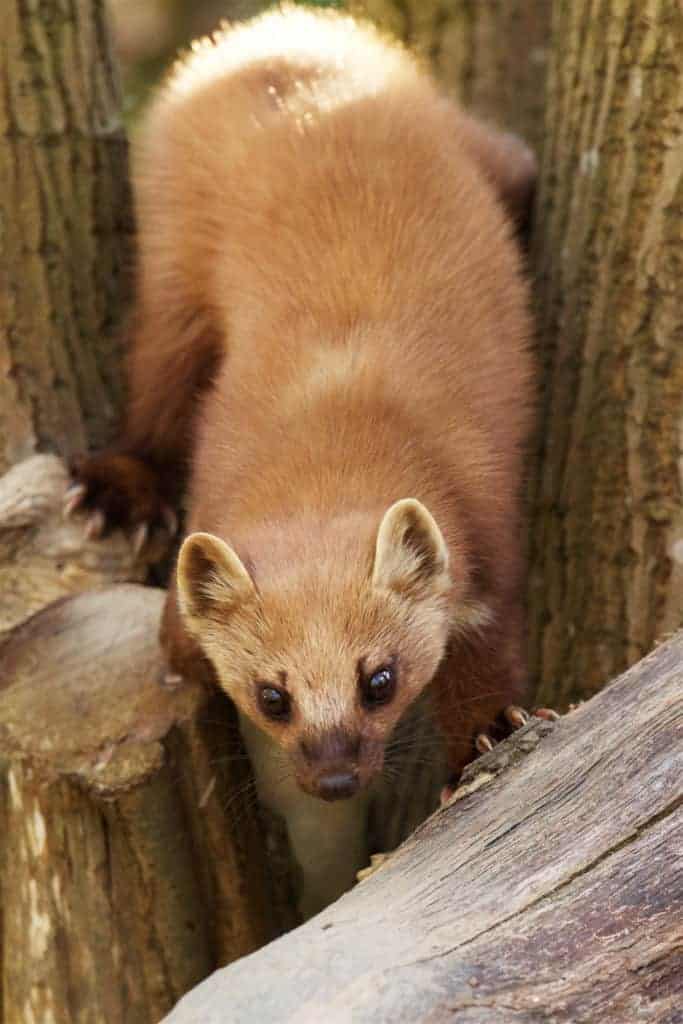