A member of the weasel family (Mustelids), polecats were once widespread and common throughout mainland Britain. Relentless persecution by gamekeepers up until the late 1930s resulted in extermination everywhere except for a small population in north Wales. They have since recovered and are now found throughout rural Wales, the Border counties and are spreading across to former ranges; the Midlands, South and into the South-East.

They are solitary in nature and active throughout the year. Their favoured habitat is woodland, riverbank and surrounding farmland. They will hunt by night or by day for small rodents, birds and insects using a keen sense of smell to locate their prey.

They emit a pungent musky odour, particularly when threatened. The polecat is the ancestor of the domestic ferret and can interbreed with them. 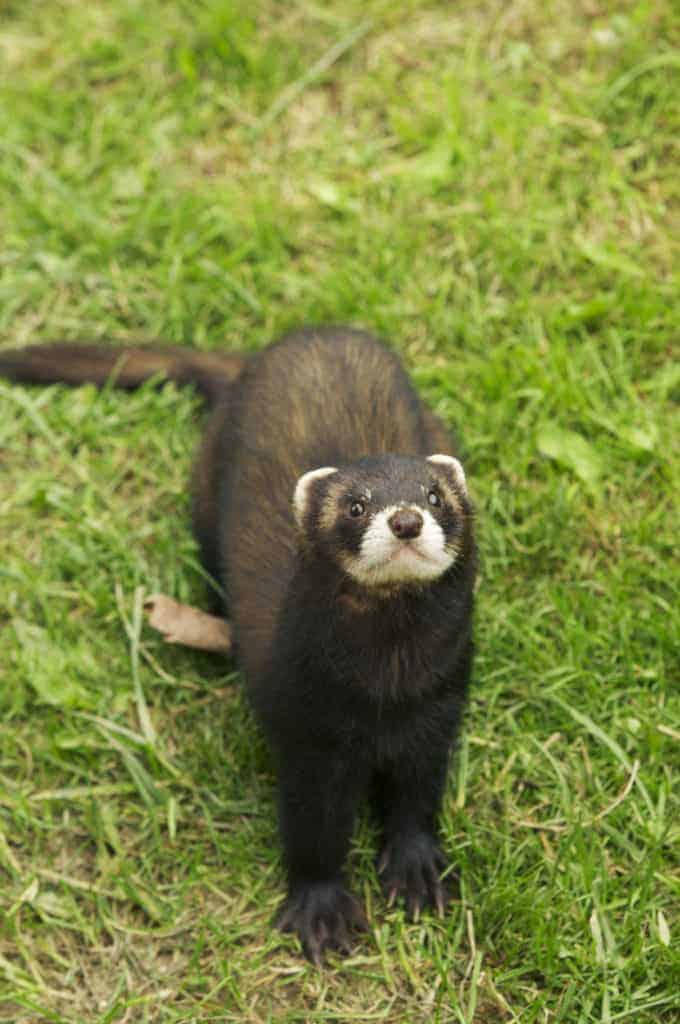