Since the introduction of the grey squirrel into Britain 125 years ago, the native red squirrel has become increasingly rare. Driven out of the whole of their southern range, (except Brownsea Island off the Dorset coast and the Isle of Wight, where there are no greys) by the competition for food and the transmission of the deadly Squirrel Pox Virus.

Although red squirrels were once found throughout Britain in both broad-leafed and coniferous woodland, it is the mature pine-dominated woodland of the far north of England and Scotland which is the preferred habitat, as pine cones retain their seeds longer than broad-leafed species.

Red squirrels are arboreal and diurnal, with major peaks of activity 2 – 3 hours after dawn and 2 – 3 hours before dusk in summer and a single morning peak in winter. They do not hibernate, suffer much from wet and cold, are very timid and are unwilling but accomplished swimmers. 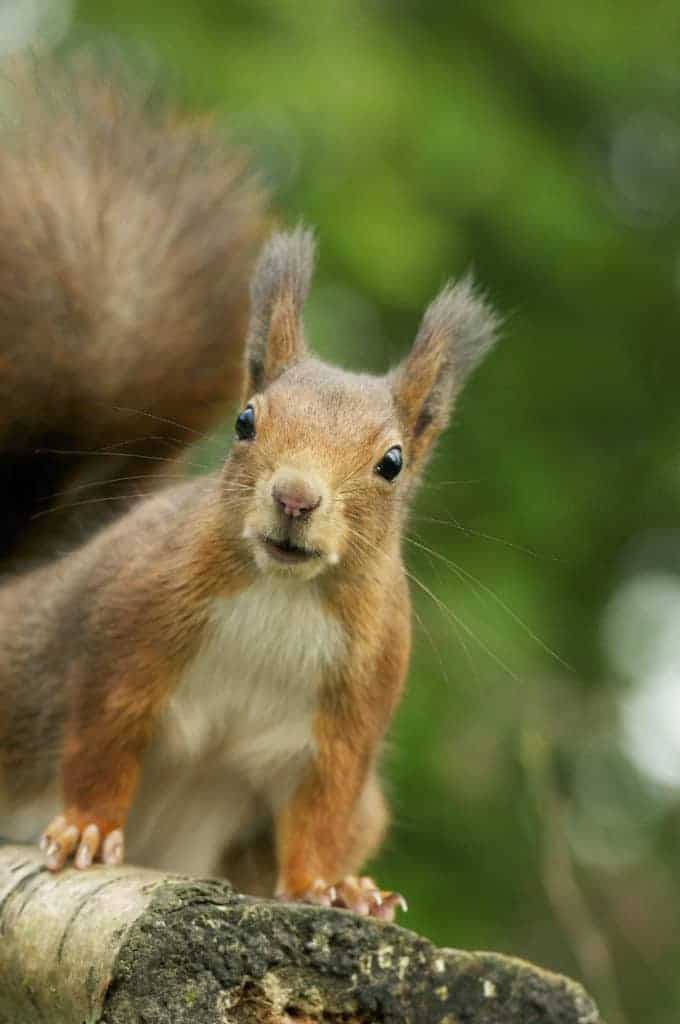