The snowy owl has mostly white plumage with darker bars and speckles (more pronounced in the female). Its long, dense feathers cover even the toes and most of the bill, giving it excellent insulation against the cold, even when the temperature falls below -40. It lives primarily in the Arctic polar region, but can be seen as a migratory visitor to northern Britain. It is more likely to be seen in Britain during a very cold spell.

The Snowy Owl hunts by quartering over open land, searching for small mammals, insects and birds. It will sometimes take birds in the air, but the bulk of its prey is caught on the ground. All is swallowed whole and any indigestible parts such as fur, feathers or bones are later regurgitated as pellets. Its primary food source in Scandinavia and the Arctic is the lemming. It is generally only active around dawn or dusk or during the long twilight periods in polar winters and summers. 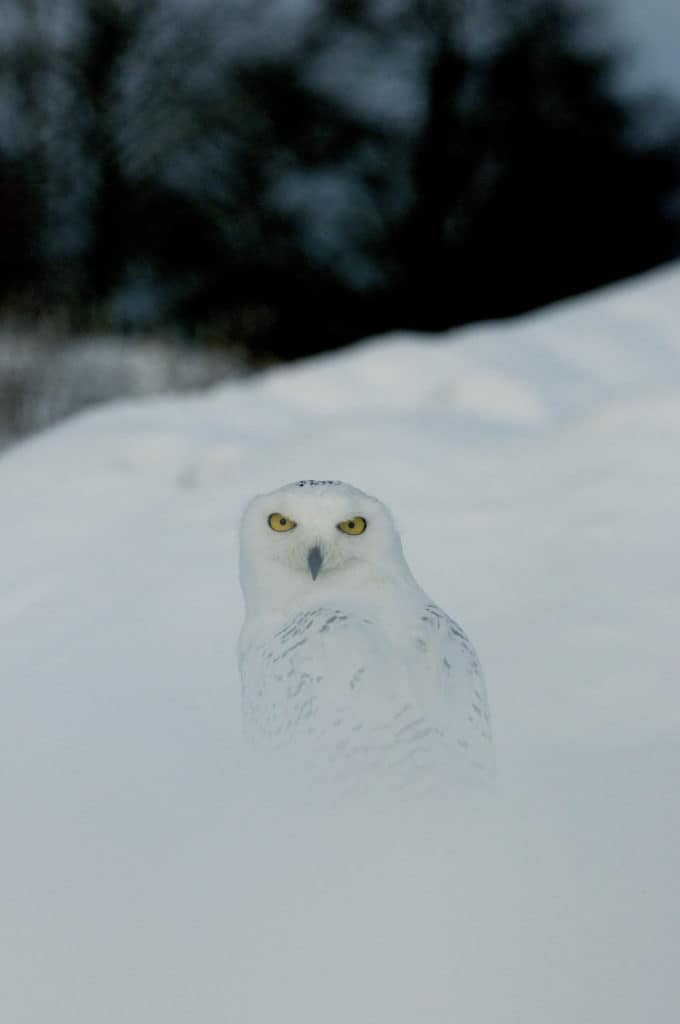