The weasel is the smallest member of the Mustelid family and Britain’s smallest carnivore. It is smaller than the stoat and has no black tip to its tail, although it does have small white patches under its chin and throat. It is widespread and common on mainland Britain but absent from Ireland. Like the stoat it is still persecuted by gamekeepers.

The weasel may travel up to 2.5 km on a hunting expedition. It climbs well and will often raid birds nests, taking the eggs and young. When ratting, its courage is even greater than the stoat’s. Female weasels are considerably smaller than males, but both are small enough to pursue rats, mice and even field voles in their own tunnels.

It is common in most habitats and frenetically active both day and night as it must consume a quarter to a third of its body weight every day to survive. 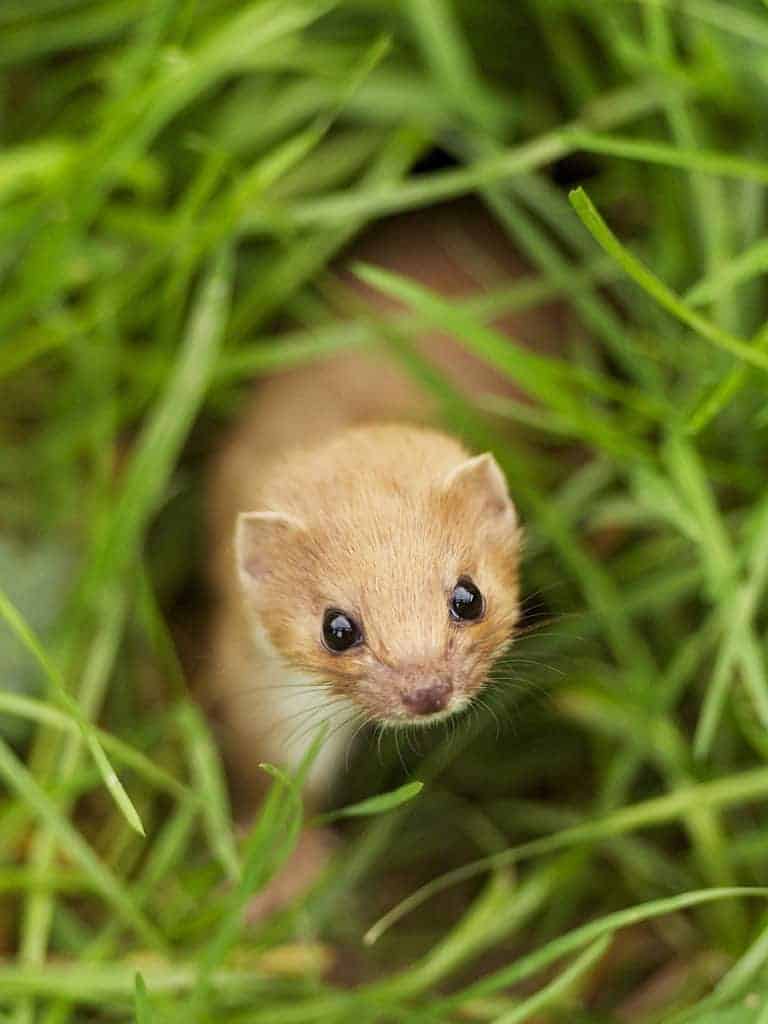