Since the extinction of the lynx (about 450-600 AD) the Scottish wildcat is Britain’s last remaining wild member of the cat family. It bears a close resemblance to the domestic tabby, but it is more striped and has a bushier, blunt-ended tail marked with thick black rings. Now confined to the Scottish highlands, wildcats disappeared from southern England in the 16th century; the last one recorded in northern England was shot in 1849.

The Wildlife and Countryside Act gives strict legal protection to wildcats and their dens. They are easily confused with ‘feral’ cats, which are domestic cats living wild, of which there are about 900,000 in Britain today. Unfortunately the two species also interbreed to give hybrids, which makes it extremely difficult to define the genetic purity of a wildcat. The wildcat has suffered considerable decline in population and is now considered at serious risk of extinction in this country. 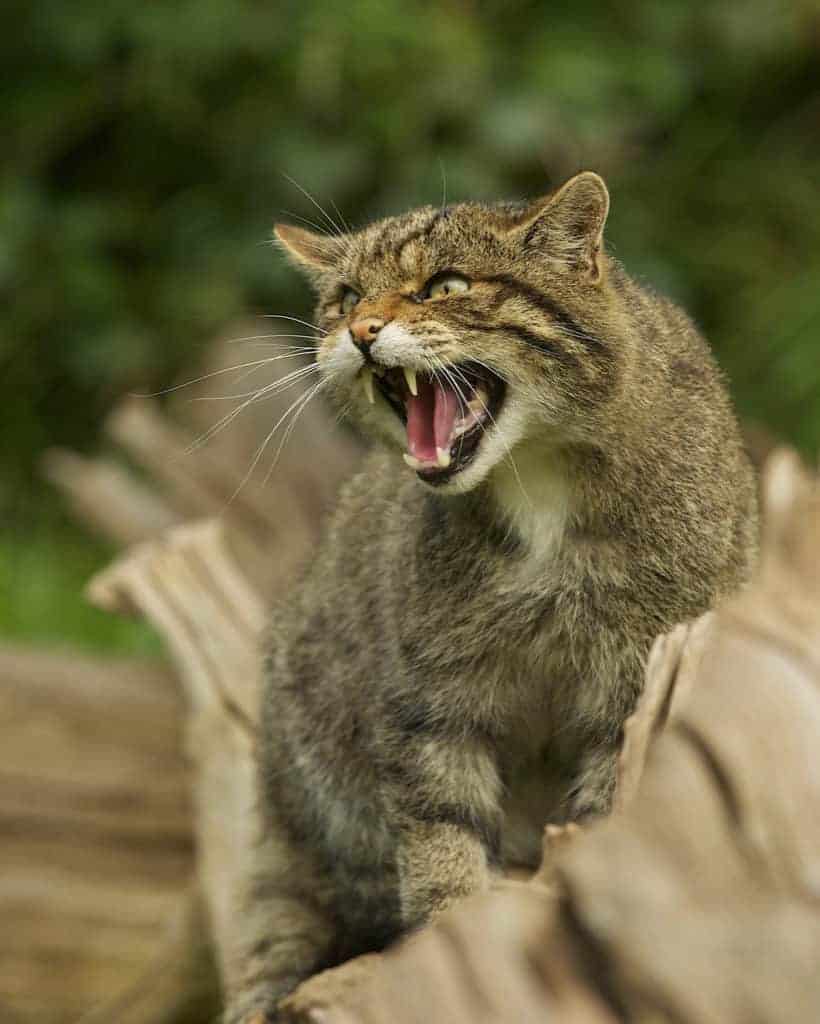